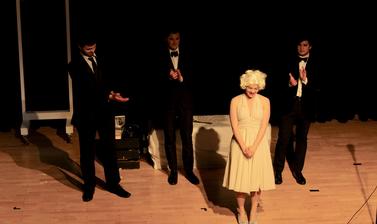 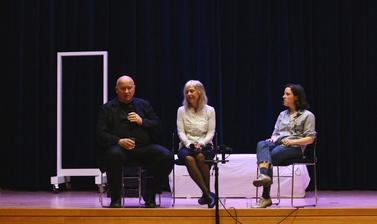 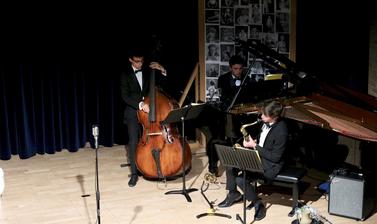 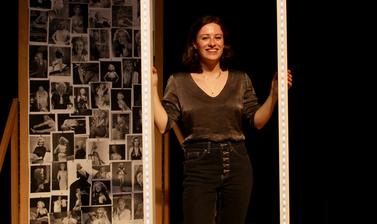 The life of Marilyn Monroe has always fascinated me, so the opera Marilyn Forever by Gavin Bryars seemed like the perfect opera to perform as the inaugural production for the Oxford Contemporary Opera Society. Following the establishment of the society in the summer of 2018, the task fell upon me to decide which opera would be performed in May 2019. After emailing many publishers to enquire after the material contained within their catalogues, I was delighted to discover that Gavin’s opera, which featured a varied score including jazz elements, was available for UK premiere. After sourcing the Musical Director, Charlotte Corderoy, we gathered a a great production team as well as a talented cast and rehearsals were soon underway.

Artistically, we were aiming to convey not only the public nature of her life which has inspired countless art, but we also attempted to give the audience insight into the emotional and sometimes troubling private life she led. The staging was primarily concerned with Marilyn’s interior world, signified somewhat by the use of a wooden frame on wheels, to which LED lights were attached, reminiscent of the Golden Age of Hollywood. Given the current climate of increasing awareness given to women in Hollywood, we aimed to recognise the incredible work done by those like Marilyn Monroe as well as an attempt to signify the sensitive matter of possible abuse and sexism in the workplace.

The score is complex and multi-layered in its inclusion of jazz music, exemplified by the jazz trio on stage (consisting Toby Stanford, Hani Elias, Josh Greensmith) who blended beautifully with the primary ensemble. As well as this jazz influence, the music has a melancholic, lamenting element to the writing, often placed in lower instruments so that the voice of Marilyn soars above the ensemble. I couldn’t have wished for a better person to play the part of Marilyn than the brilliant Margaret Lingas who, not only has a fantastic voice as well as an abundance of acting talent, was a dream to collaborate with. She was supported by the charismatic Patrick Keefe, who played a selection of important men in Marilyn’s life, as well as the fantastically musical Jack Harberd and Caleb Bester, who contributed to the evasive elements of the production.

I am incredibly grateful to all of those involved in the production as it truly was triumphant and a fantastic achievement for all those associated.